Making Our Own Bed - just how did we get here, anyway? 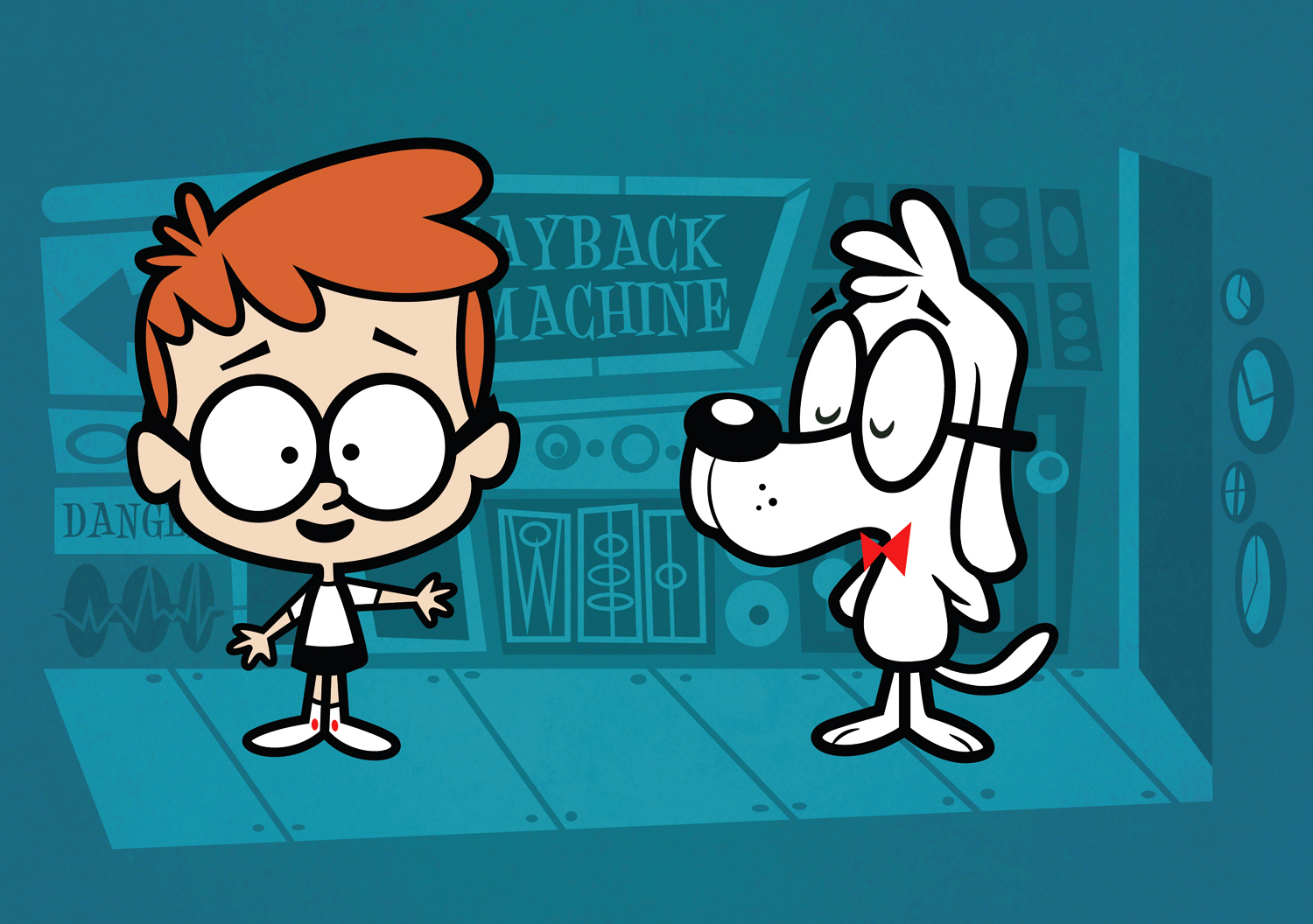 In our last episode, we were left wondering just how Colorado has thrown its lot in with the poorest states, when it comes to funding public education, while having one of the strongest state economies in recent years. Well, grab your goggles, kiddies, we’re going on a trip in the Wayback Machine…

First, a quick summary, to start us off:

Weird, right? The state economy is bustling, voters sent a pretty clear message to ensure strong education funding, yet somehow we haven’t climbed out of the funding basement. Now, let’s fire up the Wayback and see if we can’t make sense of it all. 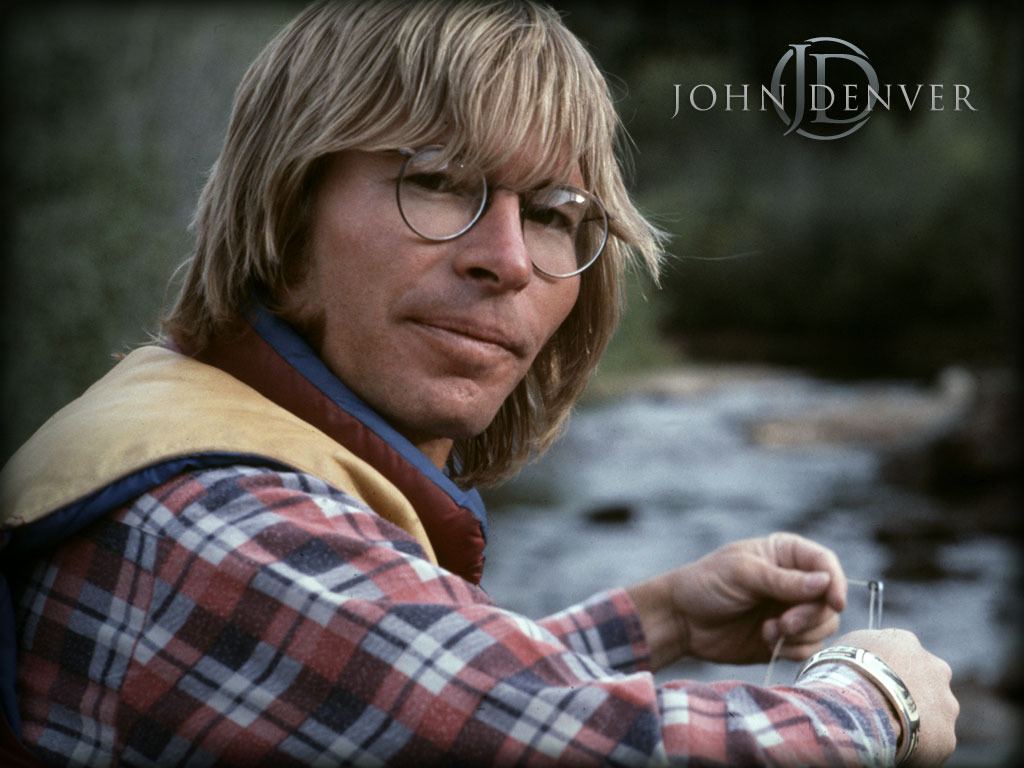 He let the cat out of the bag in the mid-1970s, causing lots of people to want to own a piece of paradise (said, “Colorado”). Residential real estate values skyrocketed, causing a commensurate increase in property tax. To address this concern, the legislature proposed a property tax formula to smooth out the tax impacts of rapid changes in residential property values. Voters approved this formula in 1982 with the Gallagher Amendment. And what does this have to do with education? Well, it meant decreasing property tax revenues over time for both local and state coffers, which is, of course, the primary funding source for education (among other things).

Ten years later Colorado voters doubled down on restricting government revenues and the ability of lawmakers to implement them with the TABOR Amendment (“Taxpayer Bill of Rights” — we know, not a legitimate acronym…don’t get us started). That 1992 amendment to the state constitution did lots of things, but here are the highlights as they relate to funding education:

So at least a couple of times since Tabor (not an acronym!), Colorado has seen a slashing of state and local budgets during lean times, but not a restoration of funding when the good times return, even when voters allowed the state to keep revenues over the Tabor-imposed limits. And here is what that looks like over time when you compare Colorado to the rest of the nation in public education funding. 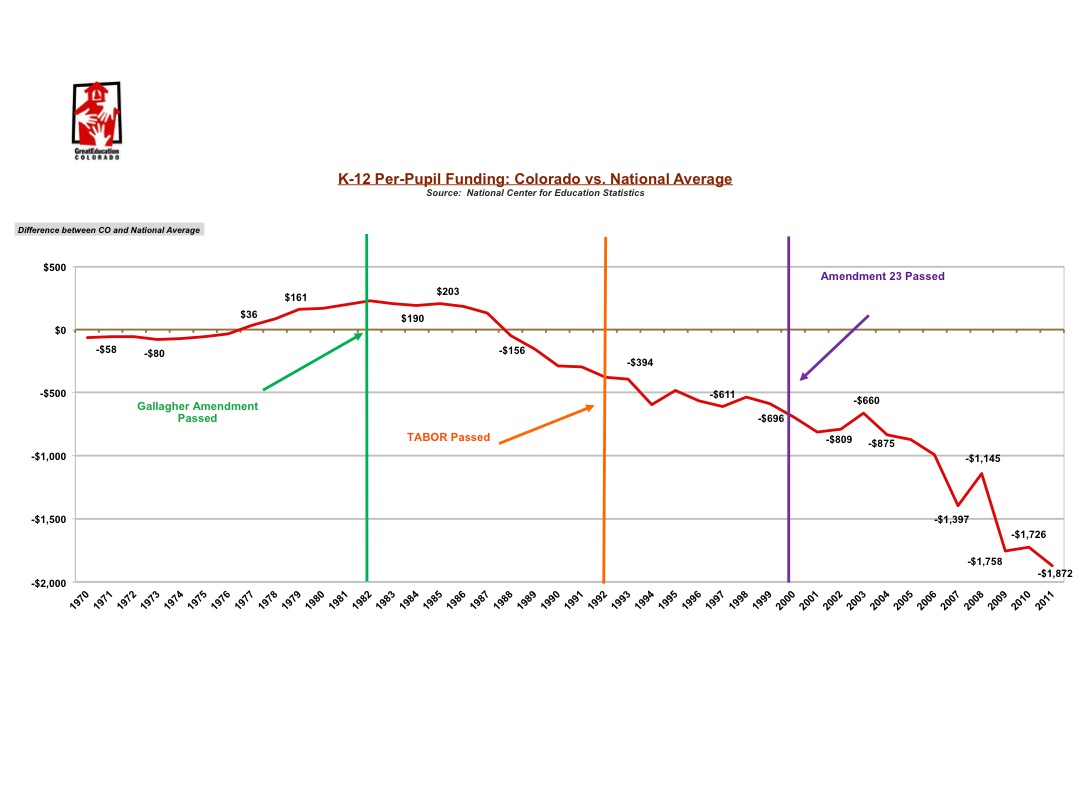 But wait, what’s that purple line, and why does it have such a lame name? Well, Colorado voters did notice education funding drying up, and tried to do something about it. As government revenues dwindled, in the year 2000 voters told lawmakers that they wanted education spending to be protected. This amendment to the state constitution (sorry Amendment 23, only revenue cuts get a clever name) required an increase of funding each year for kindergarten thru 12th grades in order to restore funding to 1989 levels (back when we were average, yea!) and then to at least keep up with inflation after that.

So that’s why you see the funding line in that graph finally going u…wait, what? Why isn’t the line going up? Well, one of the reasons is The Negative Factor (clever name alert! clever name alert!). See, Amendment 23 has a complex formula for mandated school funding that looks like this: complex math + complicated inputs + esoteric data = increased school funding. But of course Amendment 23 didn’t solve any revenue problems for the state, so this spending mandate threatened to unbalance the state budget.

Until, that is, a clever lawmaker noticed that the formula sure did have an awful lot of plus signs in it. “Hey,” said the clever lawmaker, “What if we just add some negative signs…you know, for the sake of balance?” And so they did. So among the many “factors” (such as disabled, at-risk, or foreign language students) that drive the cost of education beyond the “base” cost, the state added in a negative one that matches what the state determines its budget will allow. Voilà! now you see education, now you don't!

And that, Sherman, is how Colorado became one of the poorest funders of public education whilst having one of the strongest economies and a populace that supports greater education funding. Easy peasy mac ’n’ cheesy, right? And you thought we were gonna get all mathy and complicated. But for all you mathy and complicated fiscal wonks, this piece by the Center on Budget and Policy Priorities (oh, yes, it’s as engrossing as it sounds) will give you the real sausage-making version of the story.

Now, back in the Machine and a return to 2016 as our next chapter, Making Lemonade, explores how funding cuts have affected education in Eagle County.